A Lady Waits in the Night (for a Moth)

This is one flower calling out in the long dream of night…but what other wonders unfold when the kingdom of the sun retires? 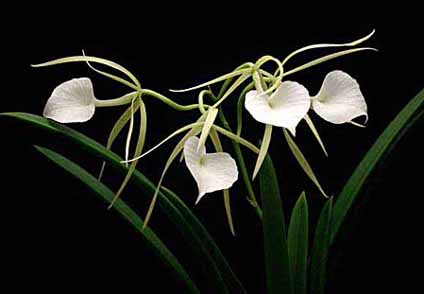 I love butterflies. Who doesn’t, right? But I never thought much about their night-time counterpart, the moth.

That was until the day that my husband discovered a flower that would change my outlook on moths entirely.

Up until then, I thought moths were okay. If butterflies are like your cool, world-travelling friend with the fabulous wardrobe, moths are like that friend’s old college roommate, Janet—who is a dentist and lives in the suburbs and wears a lot of brown. Janet is nice. She’s fine. But you never think to invite Janet to any parties. Janet is okay.

I knew that moths are pollinators, too and so, yes, also important. The how and why was fuzzy. I didn’t have for them anywhere near the awe and adoration I have for butterflies. Sorry, Janet.

So here’s what changed…I can be long-winded, so just settle in 😉.

A few months ago, my husband and I bought our first house. When we first went to see it, I thought the house itself was cute enough, but small and not at all the charming Old Spanish bungalow I had envisioned. Then we walked into the backyard…and found paradise. We fell in love with the lush canopy of fruit trees and swaying palms. And as we stood there, mesmerized by dappled sunlight and drunk off the breeze, we realized we already felt we were home.

We bought the little house from a man with kind eyes named Tom, who told us it had only ever been owned by his family and it’s where his mom lived until she died. Her name was Nadine. I learned from a neighbor later on that Nadine once had a beautiful garden that, sadly, became overgrown and eventually was mowed over when she was too old to care for it. I also learned that she loved to collect orchids and would plant them on the marvelously gnarled bottlebrush tree right outside what would become our bedroom window. Of course we noticed the orchid leaves hidden beneath and between ferns, air plants, and myriad invasives. But we had no idea when or if they’d ever bloom. We also had no idea how many there really were and how truly spectacular a show we would enjoy over the next few months.

One day, an orchid, one of Nadine’s Gifts—as I’ve affectionately started to call them—caught my husband’s eye and he called me out in a happy fluster as he’d done many times since we moved in. Nadine’s Gifts, we would learn, were resilient and neither neglect nor blade could defeat them—but that’s a tangent for another time.

On the bottlebrush tree my husband had found a pair of small white flowers, each about the width of a quarter—they looked like mini calla lilies. Neither of us had ever seen an orchid that looked like that before, so I submitted a photo to my plant ID group and hoped someone would know. And, of course, they did (they the bomb). Brassavola nosossa, Lady of the Night, she was called. Some furious Googlin’ later and I learned that she is fragrant, but only at night. It turns out, that’s when she gets nice and smelly in hopes some dark and handsome moth will come and give her a good pollinating (honey, don’t we all???).

We resolved to run out and catch the show at nightfall.

In the moonlight, the pale little flowers of the plant were brilliant against the dull bark of the tree. She was dazzling. We leaned in and inhaled expectantly. Jasmine? No, more gardenia…some citrus, maybe? But with a delicate musk and somehow melancholy...like losing yourself in a love song—by Adele.

There she was, a perfumed mistress calling to her lover in the darkness. Beautiful and in lonely waiting for her beloved moth-suitor to find her. (Super sexy, right???) Suddenly the night was gorgeous and mysterious, and an insatiable curiosity as vast as the stars welled up me: This is one flower calling out in the long dream of night…but what other wonders unfold when the kingdom of the sun retires? What other wanton winged-ones go around pollinating expectant petals? (Look, Janet! You are redeemed!)

Over the next few weeks (or so. Not sure how long. I don’t want to over-commit.) I’ll take you on an educational cabaret of the natural world’s night-time delights and its mysterious staffers: The Night Workers. The Moonlighters. Pollinators & Pistils: A Bed Time Story…I will work on the title of the series.

Next week (or thereabouts): Moths—Who is Janet & What is She Good For? (Also a work in progress. The writing will get better. Promise.)

Jen Llerena lives in Miami Springs with her four cats who she will often describe as terrible people, her beleaguered dog and her very patient husband. She likes to play outside with plants and butterflies and is sometimes socially awkward. But she’s a snappy dresser, so no one minds. Jen works in a field entirely unrelated to butterflies, but she makes up for that with wine. Oh, and she’s part of Bound by Beauty.